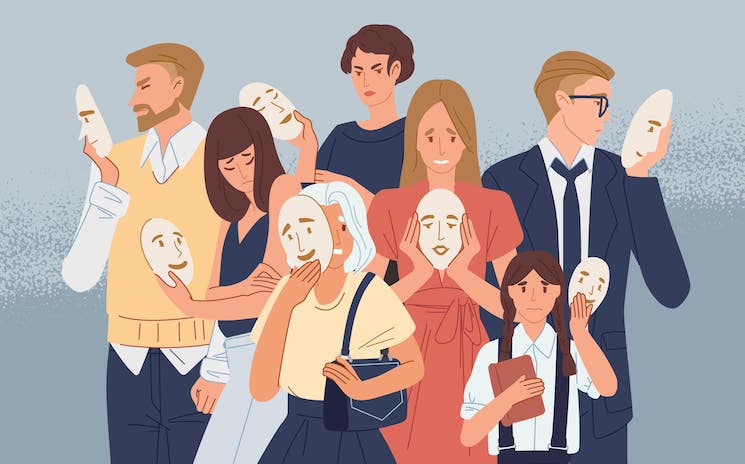 A couple of months back, a group of us at work were mulling over a team member’s idea. She suggested that we create short slide-show type of videos for our learning content. While she created a sample, we rallied to figure out interesting topics for this medium. I created one that depicted a certain discriminatory behaviour with multiple 2-liner conversations. Many of the examples were what I had experienced myself and my passion sort of came through as my fingers flew over the keyboard in creating this piece. I am sure it reflected in the wry humour bordering on sarcasm in some examples. I wondered if my sharp words were too sharp for the professional arena. I shared the final piece with the group, disclosing that some of the examples were lived experiences. I was quite convinced that someone or the other would ask to scrap one or two examples and replace them with milder / softer / more common ones. So, I voiced it as such to the team – that I was willing to make changes in those cases, if they felt it was not suitable for the audience we had in mind. To my surprise, everyone in the team liked it and there were no suggestions of censorship!

Tone Policing in the context of Black Lives Matter

Cut to a couple of weeks later as I was researching another topic, I came across many instances of the expression, ‘Tone Policing’. In the American context of feminism, black women are often told to not be ‘angry’ and aggressive in their approach. They are prodded to be more pleasant, so that their views can be better accepted. Tone policing assumes the binarity of ‘Reason’ and ‘Emotion’ in the context of a discussion – that the two are mutually exclusive and cannot co-exist. Implying that if you are angry, frustrated and emotional, then you are not in a state for a reasoned and logical discussion.

Black women are accused of being divisive and making everything about race while feminism does not ‘see colour’. In doing this, white women are said to view feminism and feminist activism only through the lens of a white woman. With this narrow view, they are shushing the voices of black women and their specific issues. They are also asking the black woman to set aside her unique pain and experiences and to somehow mould herself in the experiences of the larger number of and relatively privileged white women. This act of minimizing and asking to deny discriminatory experiences of a minority group is called ‘tone policing’.

While the term originated in the context of the harmful stereotype of the angry black woman, I feel it can be applied in other situations closer home as well. Here are a few common examples or variations that you and I may have experienced or know someone who has.

Lata works at a multinational bank. Her husband, Neeraj is a Sr Manager in a large IT Services organization.

Lata: I cook three meals every day. And I take on the burden of planning the meals, grocery shopping and ensure everything is in working order at home too. I’ve told you so many times that I feel very stressed on the days that I have my evening calls. How can I be on a client call and have dinner ready at the same time?

Neeraj: What is this competition about – that you also have office work? And why do you whine and complain always? Maybe you should try asking a little more pleasantly and I may be inclined to help then.

Shiva is a TV journalist in one of the local TV channels. Ashok is his long-term friend from school.

Shiva: I feel angry that my mother, who works as a cook, has to use the back door to enter her employer’s house. I have a good mind to do a feature on casteism and classism in urban India and talk about such instances.

Ashok: What’s the big deal? After all, they do treat her nicely and pay her well. They can’t be all that bad. Why are you frustrated and angry all the time? Nowadays, you people get into good universities and jobs with the reservation of seats and quotas. You are also doing well with a high-profile job and a generous pay package. Be positive and do programs that are more pleasant and happy.

Sheetal is an ambitious and confident sales leader in an Edu Tech company – and a rare woman sales leader at the company.

She feels the fast-growing company needs to invest in a CRM platform and teams across marketing, sales, sales support and service and IT teams must work together to ensure customer delight and loyalty. She feels very strongly that the company sales can grow exponentially with possibilities for collaboration using such a platform. She studies options available and prepares to present a solid case for this investment.

On the day of the presentation, as she is about to get into the leadership meeting, Manoj, her manager who heads the sales function for the company calls her aside.

Manoj: I have a tip for your presentation today. Try to moderate your stance and don’t push the idea too aggressively. I know you have a lot of strong points in favour of this investment, but don’t go overboard as we have a packed agenda for the meeting.

The privilege of tone policing

Lata, Shiva and Sheetal in the examples above may have had agency enough to get over these episodes and move on or not. However, they are likely to have felt at least a moment of being policed for their anger and frustration. They must’ve been made to feel like the problems they face are not significant, not really worthy of empathising with and finding a solution together. They must have wondered if they were really being too loud in their accusation – Lata of Neeraj not taking an equal share in the domestic chores and Shiva of his mother’s employer being casteist and classist. Or of Sheetal being too shrill in her expression of need for better systems. That they needed to adjust and lower their tone of accusation, anger and frustration to have any positive effect. This response or behaviour by Neeraj, Ashok and Manoj respectively are similar to the tone policing that black women in America often go through.

What is common across these instances is that only the privileged can indulge in tone policing. Only Neeraj with the privilege of not having to take on an equal share of domestic chores, Ashok who is from a privileged class of society and Manoj who belongs to the majority in a male dominated sales team – have the luxury of saying ‘calm down!’, albeit in different ways. Only the privileged can look on in silent bewilderment that comes with ignorance about their own privilege. Or even be in loud denial that accompanies deliberate gas lighting in the face of messages of someone who is discriminated. Only the privileged can demand that you talk of your experiences in a manner that is acceptable to them, rather than in the most authentic way that you feel about it. Tone policing implies that any message shared holds no value if accompanied by emotion. It is used as a tool to silence women and other underserved minorities by casting doubts on the validity of their statements about feeling discriminated or oppressed.

So, what can the large majority of privileged people do to avoid tone policing?

As for the team at my workplace, it is still a pleasant surprise that none of them thought it was required to tone down my piece of work on that slide show video. I am stoked that they have seamlessly internalised the nuances of this microaggression called tone policing.