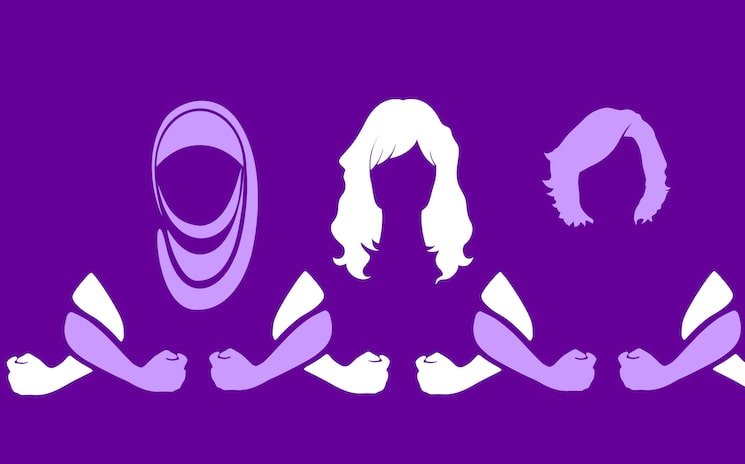 The Supreme Court of India in its 1997 Vishakha Judgement acknowledged that sexual harassment at the workplace is a violation of the fundamental rights of a woman to equality [Article 14, 15], her right to life and to live with dignity [Article 21] and of her right to practice a profession or occupation [Article 19] which include a right to a safe working environment free of sexual harassment. Sexual harassment at the workplace is an extension of violence faced by women in their everyday life and it seriously impairs equality in employment.

With the passing of the Prevention of Sexual Harassment [POSH] at the workplace Act, 2013, women were provided with protection from all forms of sexual harassment at the workplace along with a mechanism for redressal of such complaints by the employers. This encouraged some women to come forward and raise complaints against sexual harassment faced by them at the workplace. But fear of backlash from superiors, social stigma and apprehension of loss of jobs, prevented many more from reporting the humiliation and abuse they faced at work.

The #MeToo movement allowed many such victims to openly air their grievances while some still choosing to stay anonymous. This publication of grievances by women in a couple of cases was countered by the alleged perpetrators with filing suits of defamation under S. 499 of the IPC against the victims.

There are two particular cases that come to mind, the more recent one of Priya Ramani and the Subodh Gupta case, which was decided last year. What is striking about the two cases is the sharp contrast in the verdict of the Delhi Courts.

The Delhi Trial Court acquitted Priya Ramani, the accused in a defamation suit filed by MJ Akbar for her articles and tweets dating back to 2017-18 during the #MeToo movement, accusing him of sexually harassing her in December 1993 and of being a “sexual predator”.

While in the Subodh Gupta case, the Delhi High Court decreed the defamation suit in his favour, as the accountholder unconditionally withdrew the content posted on Instagram and expressed regret for posting it.

Similarities in the cases

There are noticeable similarities between the two cases:

Strength lies in the Defence

Despite these similarities, why the Courts arrived at different verdicts in the two cases? The answer to that may lie in the strength of the defence put up by the respective victims before the court.

In my opinion the strongest point in favour of defence in the Priya Ramani case was the fact that the victim chose to identify herself. And not just herself, even the witnesses she brought in to corroborate her allegations of sexual harassment, did not hide their identity. In contrast in the Subodh Gupta case, as the alleged victims and the account holder chose not to reveal their identity during the trial, the Court held that it could not allow a “ghost and a super ghost” to be party to a trial. Though the Court gave the account holder an opportunity to decide if s/he wants to represent the victim/s and/ or whether they should be made party to the case, the accountholder chose to withdraw the defamatory content and the dispute with Subodh Gupta was settled on that condition.

What strengthened her defense further was the fact that Priya Ramani and her counsels defended her articles and tweets on grounds of disclosure of truth in good faith to protect interests of women regarding prevalence of sexual harassment at the workplace in general.

They contended that at the time of the incident there was no mechanism for redressal of complaints of sexual harassment and later she chose not to file a complaint due to MJ Akbar’s powerful social position and status.

The Court took consideration of the systemic abuse of women at the workplace. It acknowledged that due to lack of mechanisms to redress grievances of sexual harassment at the time of the incidents and their option to not lodge complaints due to social stigma attached to sexual harassment of women, no complaints were made earlier.

In view of the strong arguments by the defence and the acceptance by the Court of the challenges faced by the victims of sexual harassment, The Court, while holding that the contents of the articles and tweets were defamatory, the Court accepted her defence and accordingly acquitted her in the case.

Victory for Right to Life with dignity for women

The Court rightly held that a woman cannot be punished for raising her voice against sex abuse on the pretext of a criminal complaint of defamation, as the right to reputation cannot be protected at the cost of the right to life and dignity of a woman.

It has further observed that the woman has a right to put her grievance on any platform of her choice and even after decades. This is similar to the observation of the High court in Dr. Punita Sodhi case (2011), where it was held that the concept of limitation may not find relevance in cases of sexual harassment, as the impact of sexual harassment must be taken into consideration to understand it as a continuing wrong which persists over a length of time.

The Priya Ramani verdict has built on the Vishkha judgement which upheld the fundamental rights of women at the workplace including the right to a safe and harassment free work environment. It has given a viable legal option to women to defend themselves in case of retaliatory defamation suits, which hopefully should encourage more voices to be raised against workplace hostility and abuse faced by many women.

To quote from the 17th February 2021 verdict, the time has come for our society to understand sexual harassment and it impact on the victims. It is time to accept that it is a form of gender based violence which seriously jeopardises the equal and continued participation of women in the work place. In order to incentivise more women to join the work force, apart from investment in institutional support, more efforts need to be made to provide safe working environment to women.